Highland Music Trust (Scottish Charity SC028065), based in Inverness, Scotland, is a charitable trust established for the encouragement of Scottish national and traditional music. Its principal activity has been the revival of classic collections of music, all reset and reprinted in clear type.

Highland Music Trust (HMT) based in Scotland, is Scottish Charity (SC028065), established for the encouragement of Scottish national and traditional music. Its principal activity is the revival of classic collections of music, all reset and reprinted in clear type.

The welcome revival of interest in traditional music has encouraged high standards of teaching, performance and presentation, and it is vital that players have access to the sources of the music to allow them to develop their creative skills. HMT contributes with its reprints of some of the great 18th and 19th century collections of Scottish music and the publication of contemporary compositions.

HMT was formed in 1998 by Eric and Helen Allan (pictured), and operated entirely by them from their home near Inverness and Culloden Battlefield. They have been involved with music throughout their lives, and have played with and provided arrangements for Inverness Fiddlers and Scots music group Birl. Both retired, they were able to combine their professional skills and interests in their voluntary work for the Trust.

They formed HMT, with the help of a generous donation from a benefactor, to support the work of Balnain House, a traditional music resource centre in Inverness, helping in the production of the Athole Collection and others. Since Balnain House was, sadly, forced to close in 2001, the Trust continued the work of making Scottish music available to all. Eric and Helen were joined by two additional trustees, Jim and Moira Leslie, from the Black Isle, also actively involved with Scottish music.

The current publications were reset in clear type by Helen, with Eric as project manager. All of their work was voluntary, with help from friends in the music world, particularly researcher Charlie Gore and fiddlers Jim Leslie and Duncan Dyker. Duncan and others were also featured in HMT's first CD recording Collectors' Items. Over the years HMT have received generous support for its printing costs from individuals, charitable trusts and public bodies.

Delayed by the pandemic, the process of handing over running from Eric & Helen to the Traditional Music & Song Association of Scotland (TMSA) began in 2021 and will be completed during 2022, to ensure the HMT collections can remain available to all. 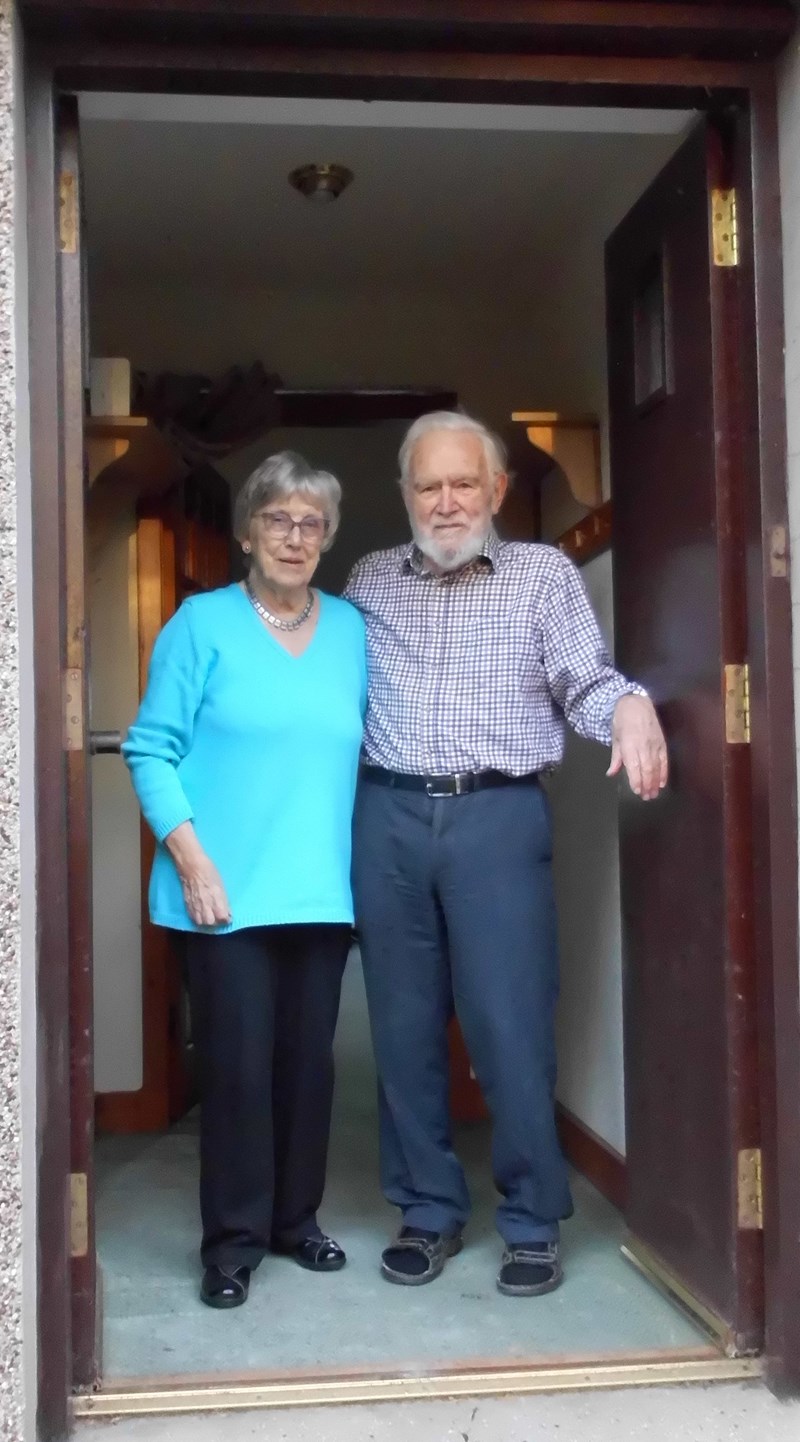 Eric & Helen Allan at the door to their home which has been the base of operations for Highland Music Trust for much of its life!
^